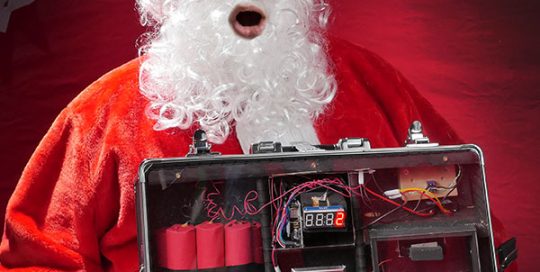 In 1985, a crisis occurred at the North Pole. Peter, the evil elf, attempted to hijack Christmas and replace it with his own holiday. Thankfully, Santa's faithful reindeer thwarted his plan and he was ultimately banished to the South Pole. It is now Christmas of 2017 and Peter's exile has come to an end. However, his grudge remains. He's captured the Claus and strapped him to an explosive device to extinguish Christmas once and for all. Difficulty

Ho Ho No is designed to hold 4-5 guests in 15-20 min blocks. Approximately 16-20 people can participate through the course of 1 hour.